The port of Mahon or Maó is the most incredible on the east coast of the Mediterranean. Located on the island of Menorca, this is one of the largest natural ports in the world behind Pearl Harbour, New York, Portsmouth, Sydney, etc. On its shores is settled the city of Mahon, the current capital of Menorca, and Villacarlos town.

Its peculiar geography gives it uniqueness and beauty, with a length of more than 6 kilometers. In the center of the port, there are two islands: Isla del Rey, The King’s Island, with constructions from the 18th century that until a few decades ago were used as a military hospital; and Llatzaret Island or Quarantine Island, with a health facility which was built in 1793.

Currently, the port of Mahon is one of the busiest in the Mediterranean Sea. Privileged by its natural environment, it is visited by luxury boats contrasting with small fishing boats and huge tourist cruises. 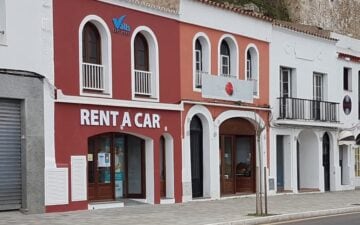 If you are looking for more information about the Club Maritimo de Mahon, here you have it.

The port of mahon has a marina club with more than 120 years of history and currently manages moorings for both transit and base vessels.

To the south of its shore, there is a picturesque promenade where the traveler will find leisure terraces, stores, cafes, and restaurants, ATMs, wifi as well as places for recreational activities. It can be said this port is the place of greater concurrence in the western part of the island.

If you have any doubts or questions about the rental conditions, do not hesitate to contact us from the contact section or by calling +34 971 593 167 and we will respond as soon as possible, Thank you.

This website uses cookies to improve your experience while you navigate through the website. Out of these, the cookies that are categorized as necessary are stored on your browser as they are essential for the working of basic functionalities of the website. We also use third-party cookies that help us analyze and understand how you use this website. These cookies will be stored in your browser only with your consent. You also have the option to opt-out of these cookies. But opting out of some of these cookies may affect your browsing experience.
Necessary Always Enabled

Any cookies that may not be particularly necessary for the website to function and is used specifically to collect user personal data via analytics, ads, other embedded contents are termed as non-necessary cookies. It is mandatory to procure user consent prior to running these cookies on your website.